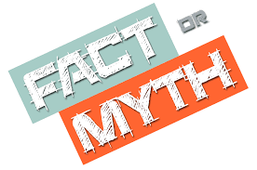 Most people are pretty staggered to learn that 1 in 6 Kiwi males experience sexual abuse.

If you're a survivor, you might actually feel a great sense of relief at hearing this. It means you are not the only one - not by a long stretch.

You are part of a pretty large community of Kiwi males who have experienced sexual trauma.

​What we want to address here are the myriad number of common misconceptions about male sexual abuse.

​These myths are a real stumbling block to recovery if you're a survivor. It's vitally important they are addressed and cleared up for you once and for all.
FACT: Males experience sexual assault.
REALITY: Men can be, and are, sexually assaulted every day. It can happen to any male, regardless of his sexual orientation, size, strength, appearance, occupation, race or culture.

It happens at home, at work, in locker rooms and in cars — just about anywhere a perpetrator thinks he can get away with it.

​It’s not unusual for a male victim to “freeze” out of shock or fear of physical harm. Few, if any, males have ever considered the possibility of such a thing happening, and are therefore totally unprepared.

FACT: Both heterosexual and gay males are sexually assaulted.
REALITY: The incidence of sexual assault involving gay male victims is slightly higher than for heterosexual males, but this is largely due to the fact that gay men can become the target of anti-gay violence perpetuated by other men.

Heterosexual males can be, and are, sexually assaulted in large numbers.​

Some offenders target males simply because it gives them a greater feeling of dominance, power and control than abusing a woman.
​
Sexual assault is usually much more about violence and anger than it is about lust or sexual attraction. The vast majority of males who target boys for sexual abuse aren’t gay.

​In fact, statistics show that many men who commit sexual abuse or sexual assault actually suffered from something other than child sexual abuse (most likely physical or emotional abuse or witnessing domestic violence) when they were young.

FACT: Males can be sexually assaulted by females.
REALITY: Women can and do sexually abuse and assault men, but it rarely gets reported by the survivor.

If you include emotional blackmail as a way of forcing a male to submit to sexual assault, then the number of crimes greatly increases.

Sexual assault of a male by a female does not have to involve penile penetration; a female attacker can use sex toys or other foreign objects on an unwilling male.

​It’s also not uncommon for males to experience involuntary erections during a sexual assault.

FACT: Getting an erection or ejaculating during sexual abuse does not mean the guy 'really wanted it', or at the very least, consented.
REALITY: This myth causes major issues of guilt and confusion for all male survivors.

Physical stimulation can cause an erection whether the recipient wants it to happen or not.

Pressure in the prostate gland can cause the same reaction. Having an erection or ejaculation is a normal, involuntary physiological response, and does not automatically equate with arousal — or with consent.

​A male survivor may be bewildered or confused about his physiological response during the event, or may feel guilt or shame, and may therefore be inclined not to report it.

FACT: If the perpetrator is a woman, a boy or teenager has nowbeen "fortunately initiated" into the exciting world of sex.
REALITY: No matter who provokes it — a relative, babysitter, teacher, boss or other woman in a position of power or authority over a young male — that kind of sexual experience is all about control and domination, not gratification and pleasure.

​Premature or forced sex causes confusion, anger, depression and other major psychological problems. To be used as a sexual object by a more powerful person is always abusive and traumatising.

Some responses are gender specific, others are not. Sexual assault directed against gay men is more likely to involve higher levels of violence, use of weapons and multiple assailants.

FACT: Sexual assault between gay partners does exist.
REALITY: Sexual abuse and sexual assault can occur within any relationship.

Through physical, psychological or emotional coercion, some gay men are forced by their partners to engage in non-consensual sexual acts.

​A gay man in a committed relationship is not the sexual property of his partner.
Reproduced with kind permission from ​www.aasas.ca

​We have an instant booking form you can fill in right now. You'll find all of our services on the booking form. Just tick which service/s you need.